On the REBO-terminal 42 wind turbines of Siemens are prepared to be installed at sea on the Rentel wind farm.

2018. Rentel is the fifth windfarm constructed in the Belgian part of the North Sea. The Rentel wind farm comprises 42 D7 Siemens turbines. These wind turbines have a nominal capacity of 7 MW which can be increased to 7.35 MW, environmental conditions permitting. The wind turbine parts will be manufactured in many different places and brought to Siemens’ facilities to be assembled. Upon assembly, the different parts of the wind turbine will be moved from their production facilities to the pre-assembly harbour in Ostend. At the REBO site, in the harbour of Ostend, the blades, towers and nacelles of the wind turbines will be loaded on the jack-up installation vessel ‘Sea Installer’, provided by GeoSea.

In September 2018 the last turbines of Siemens Gamesa left the REBO terminal to be installed at the Rentel windfarm. From now on the REBO terminal remains available for Siemens Gamesa because they expect an installation project next year. The current site layout of the REBO terminal is a perfect base to start any project. Depending on the needs of the project developer REBO invests in new or existing port infrastructure so that the client can work smoothly, safely and efficiently. 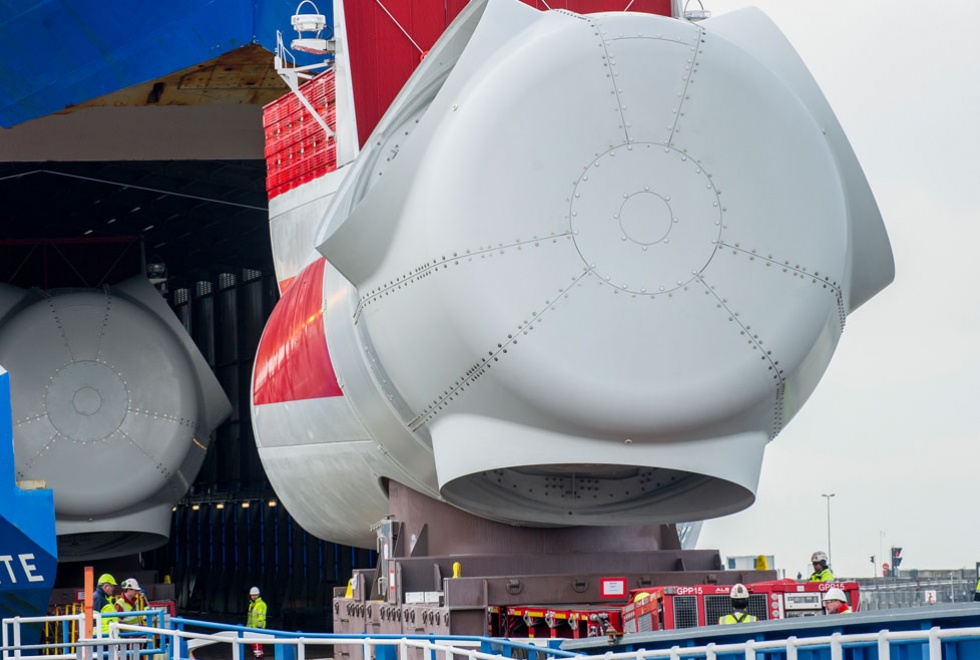 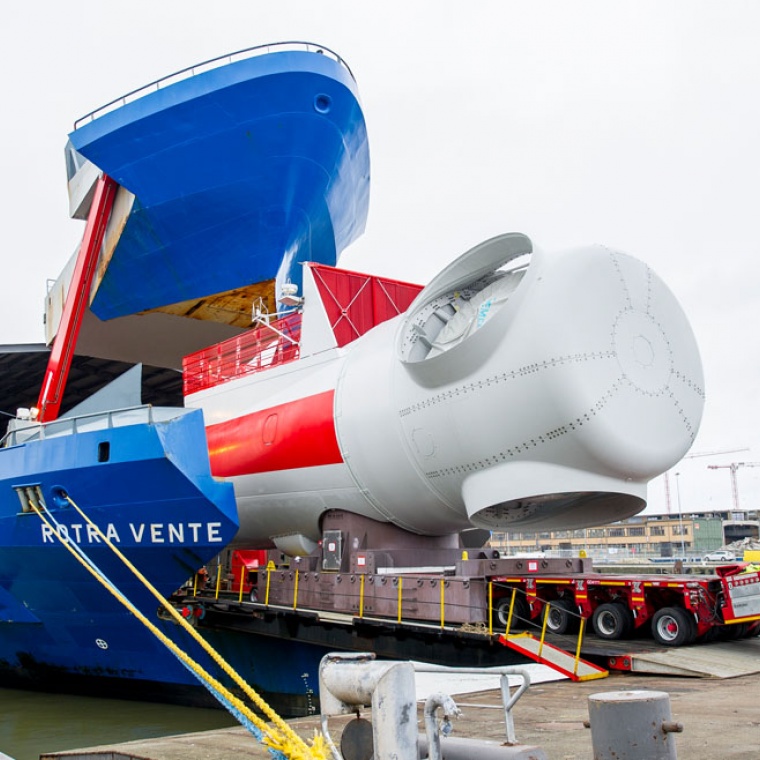 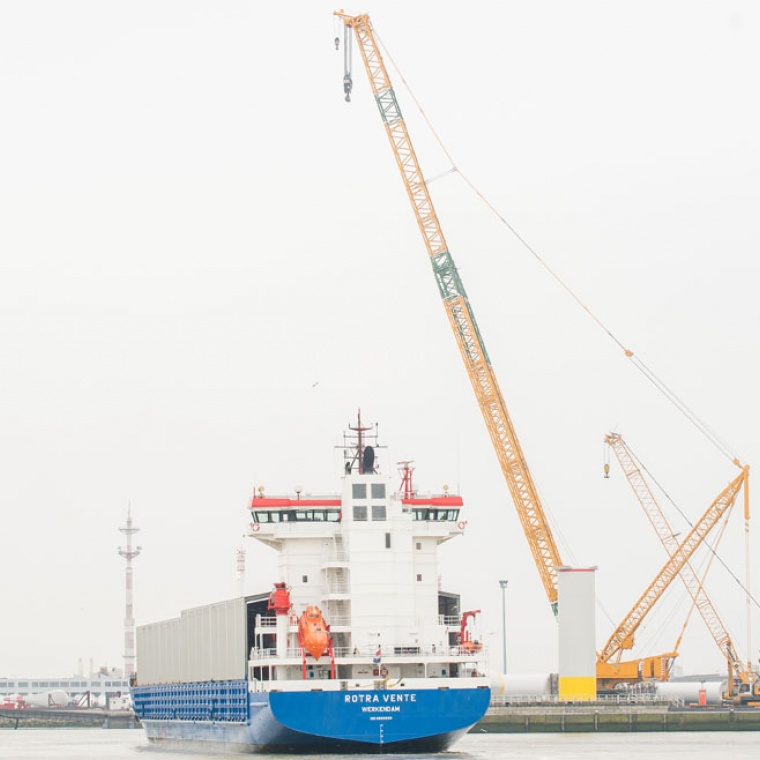 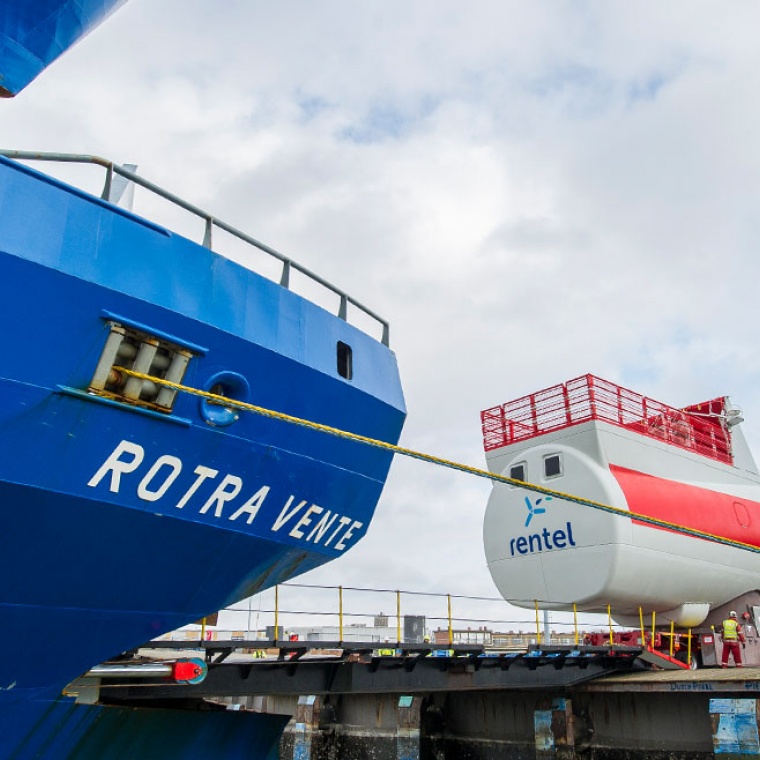 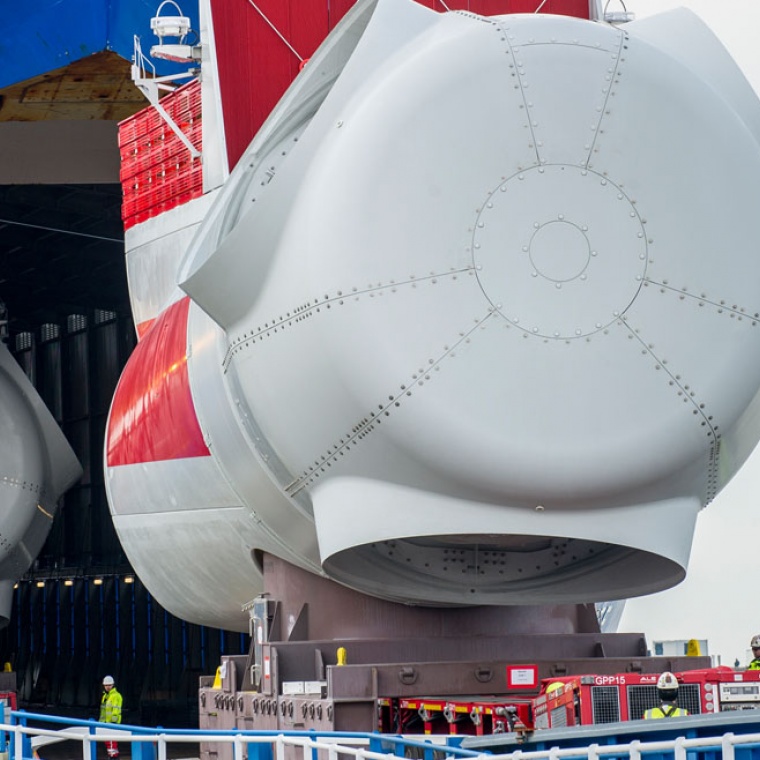 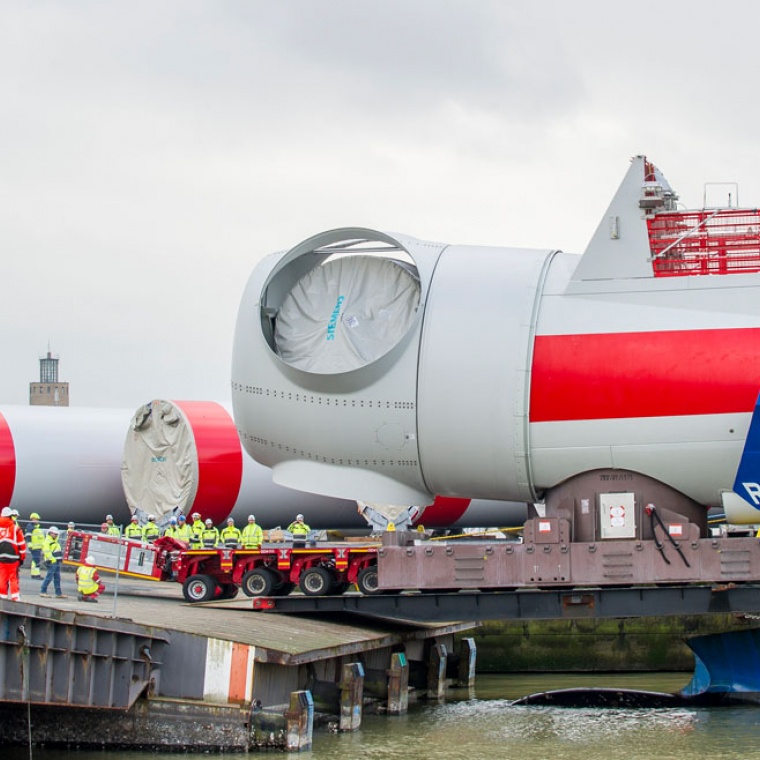 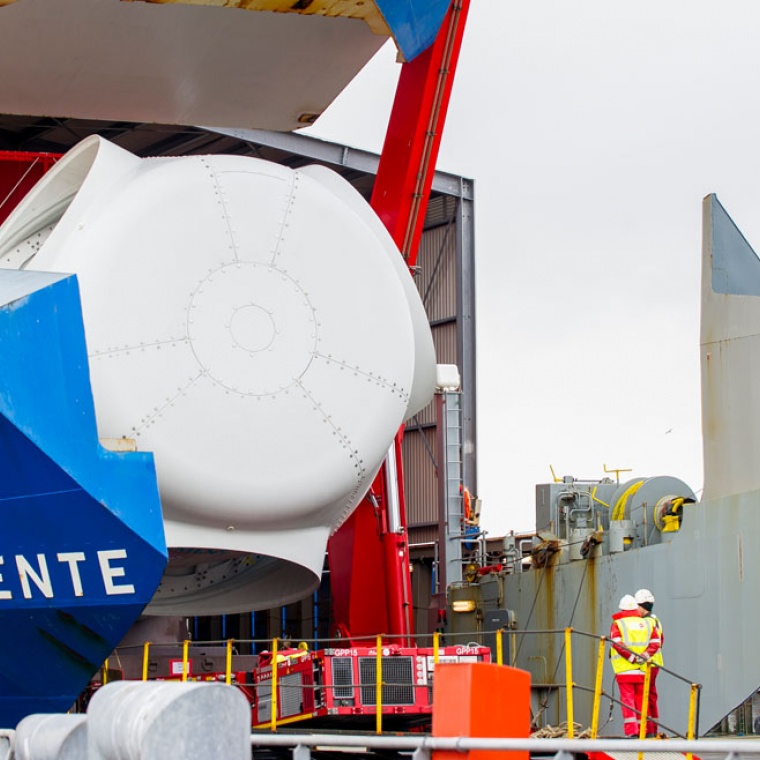 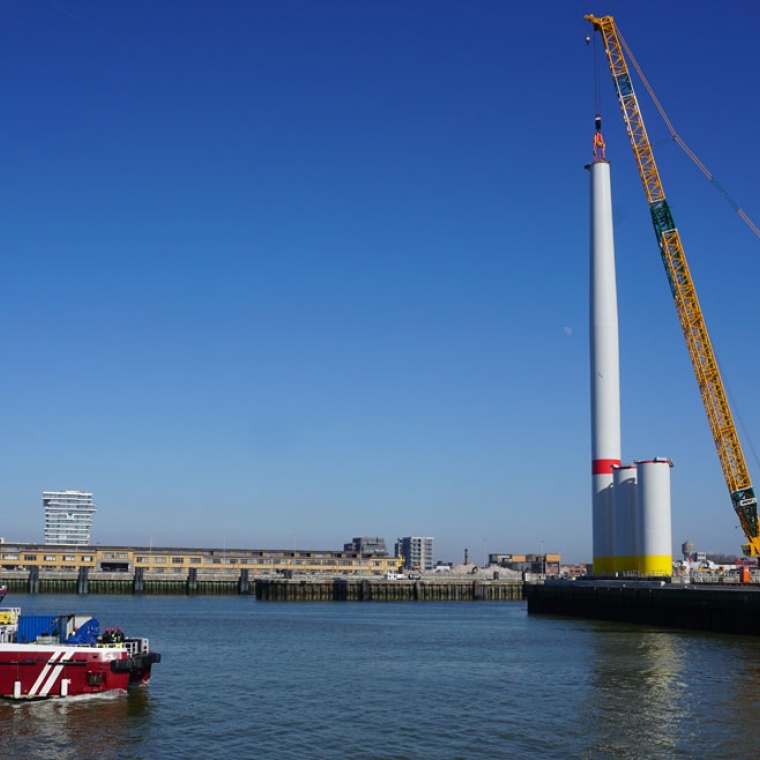 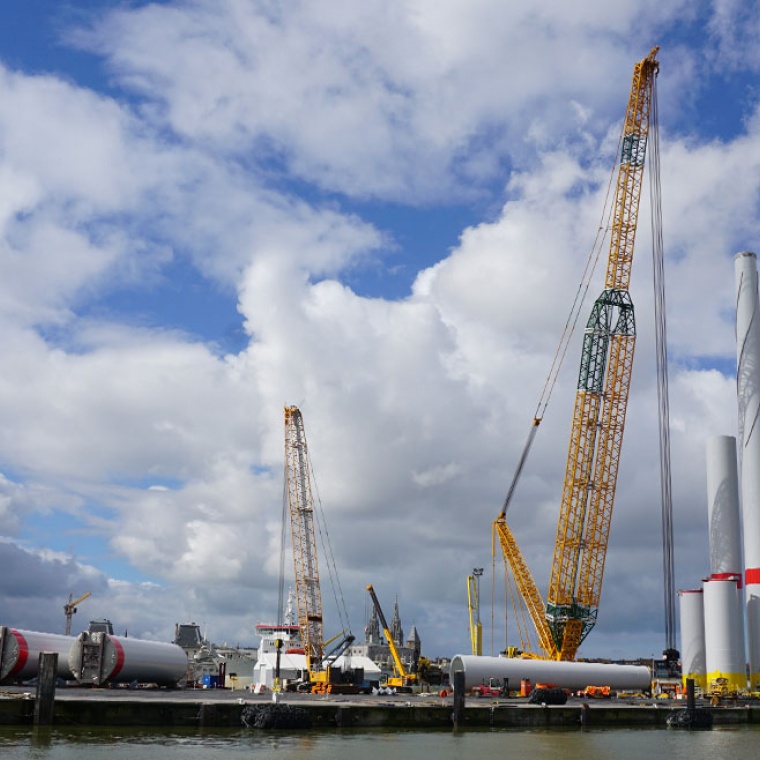 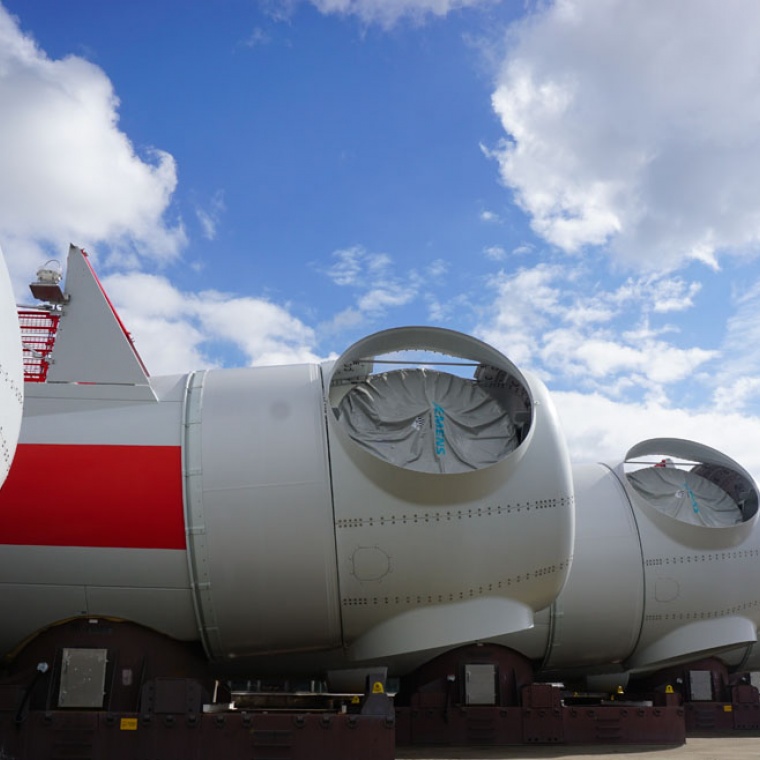 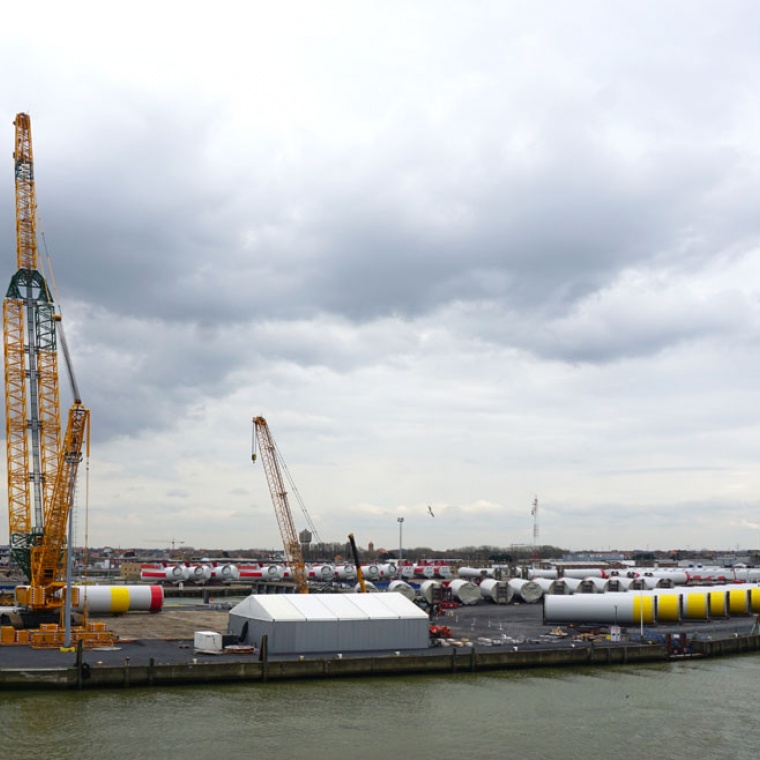